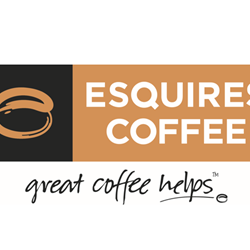 With over 130 outlets worldwide, Esquires Coffee prides itself on making every café unique to the community in which it operates. The company, whose Dorking outlet is expected to open by the end of 2019, specialises in handcrafted Fairtrade beverages, without added chemicals, and artisanal food. Its coffee is grown using traditional farming methods as part of existing ecosystems, which helps ensure minimal impact on the environment and local community.

The coffee company, originally established in Canada in 1993, is operated and franchised in the UK by Cooks Global Foods, which also owns Scarborough Fair and Grounded Responsible Coffee, who supply organic and Fairtrade products.

With coffee culture experiencing a boom in the UK, 80 per cent of those who visit coffee shops do so at least once a week, with 16 per cent visiting coffee shops on a daily basis, signalling a strong demand for such outlets throughout the country.

Tamra Booth, Managing Director at Sorbon Estates, said: "When we bought this building in December 2015, we did so with the belief that Dorking was a town with sound long-term fundamentals through its good transport links to Central London, diverse retail mix and unique character. We had strong interest from the moment we started marketing and are delighted to have secured this innovative and ethical take on a nationally popular concept. Esquires Coffee already has a highly successful track record in similar towns, and we have no doubt that they will get the same reception here in Dorking."

Sorbon Estates were advised by Jackson Criss, the Tenant was unrepresented.